The Narzo 30A is the most affordable smartphone in this new lineup, and it does boast of some good hardware on paper. It is powered by the Mediatek Helio G85 processor and packs in a huge 6,000mAh battery. After unboxing the Narzo 30A, it is evident that it’s not just the box design that has changed. The smartphone also features a somewhat new design. There’s a diagonal stripe design on the lower two-thirds of the back, while the rest is plain. These stripes pop visually when light hits them at the right angle. There is a relatively small Narzo logo at the back next to the fingerprint scanner. Realme has gone with a squarish camera module, just like the one seen on the Narzo 20 (Review), but this new phone only has a dual-camera setup. You get a 13-megapixel primary camera and a black-and-white portrait lens.

The Narzo 30A has a big 6.5-inch display with a dewdrop notch at the top which houses an 8-megapixel selfie camera. You only get HD+ resolution for the screen, and the bezels are relatively thick, especially the chin. However, given the price of the smartphone, it is something you can overlook. I found the Realme Narzo 30A to be thick and a bit heavy, tipping the scales at 207g. This is mainly due to the 6,000mAh battery it packs in. While we are on the topic of batteries, I’d like to point out that Realme has bundled an 18W charger with this phone, which should help it charge within a reasonable time. 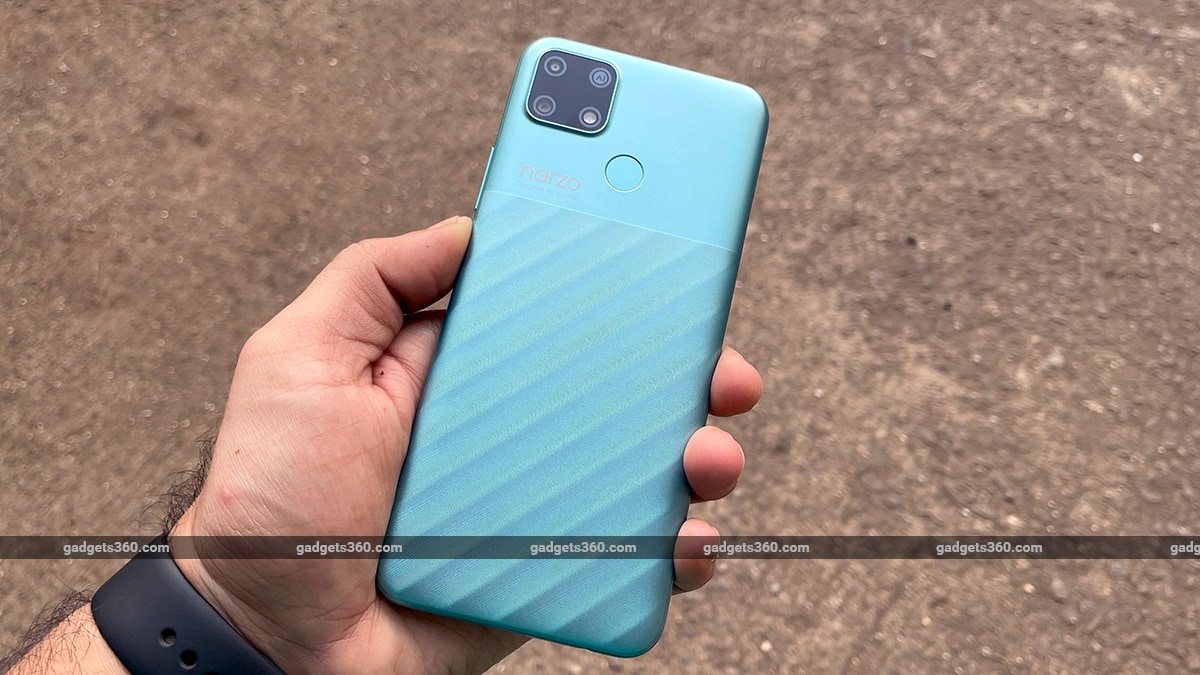 The Narzo 30A has a dual-camera setup

The smartphone has rounded edges and doesn’t dig into your palms while holding it. The power and volume buttons are on the right, and are conveniently placed. My thumb rested exactly where the power button was, and the volume buttons were also within reach. The SIM tray is on the left of the smartphone and has two Nano-SIM slots plus a dedicated microSD card slot for storage expansion. The bottom of the phone looks busy with the 3.5mm headphone jack, primary mic, USB Type-C port, and loudspeaker all in a row, while the top is completely blank. You can buy the Narzo 30A in two colours, Lazer Black or the Lazer Blue that I have.

Realme has switched sides when it comes to the processor used for the Narzo 30A. This phone has the MediaTek Helio G85, rather than a Qualcomm SoC like the Narzo 20A had. There are two RAM and storage variants of the Narzo 30A; the base variant has 3GB of RAM and 32GB of storage, and is priced at Rs. 8,999, while the higher variant offers 4GB of RAM and 64GB of storage for Rs. 9,999. I have the more expensive one with me for review. 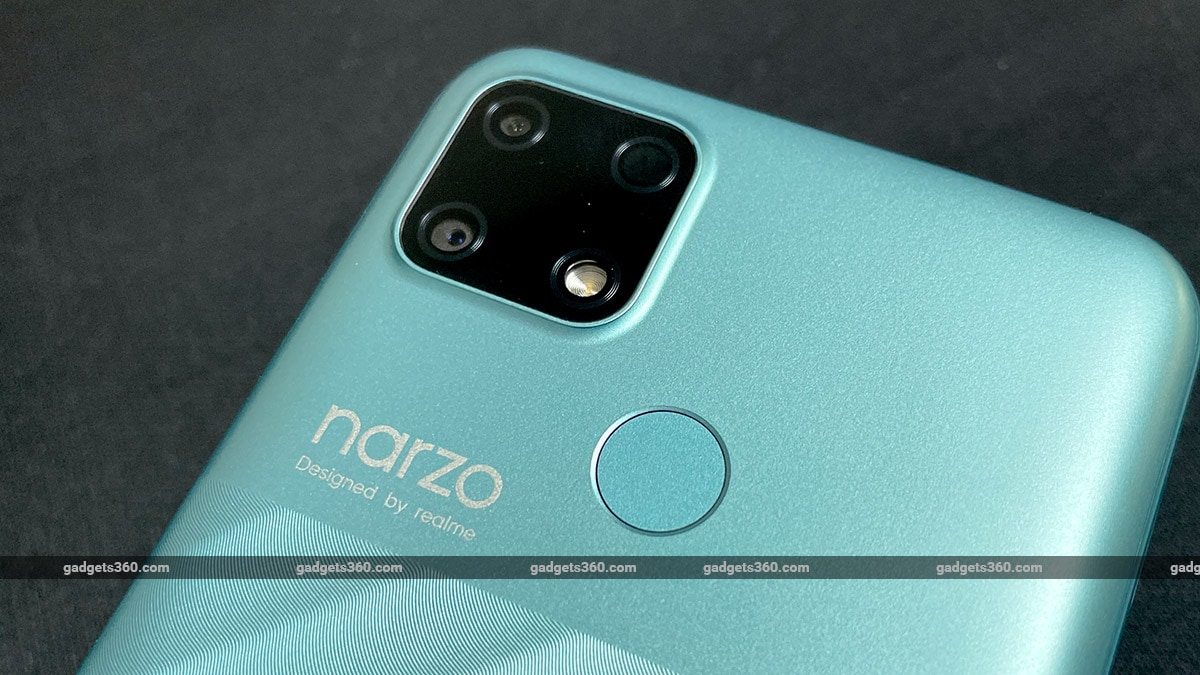 The Realme Narzo 30A has a rear-mounted fingerprint scanner

In terms of software, you get Android 10 with Realme UI on top. My unit had the January Android security patch which is quite recent. The customisations to the UI are minimal but you do get a fair number of preinstalled apps on the Narzo 30A. Most of these can be uninstalled, which you should consider doing right after setting it up for the first time.

The Realme Narzo 30A on paper looks like a good smartphone for someone on a budget, but does it provide as much value as previous models? I will be putting the Narzo 30A through our performance, battery life, camera, display, and software tests to find out, so stay tuned to Gadgets 360 for the full review coming soon.