Realme GT 5G price has been teased on Weibo just days ahead of its official launch in China. The flagship Realme phone will be the company’s first model to come with the top-end Qualcomm Snapdragon 888 SoC. Realme VP Chase Xu has also revealed that in addition to its regular model, the Realme GT 5G will have a special leather variant that has been in the rumours as the Realme GT 5G Bumblebee model. The executive showed the new variant through some images and a video trailer. 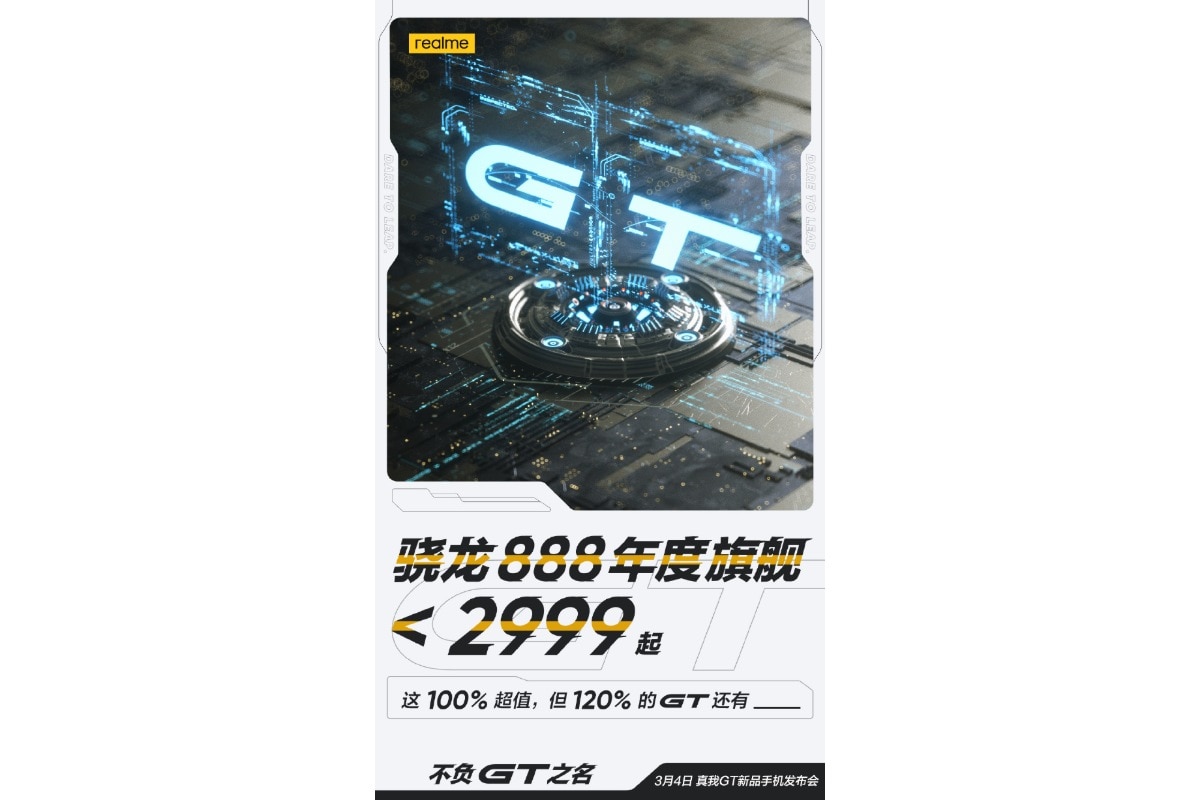 Realme’s Xu also confirmed that the Realme GT 5G will come with a 120Hz AMOLED display developed by Samsung, along with an in-display fingerprint sensor. He’s also mentioned that the phone will have LPDDR5 RAM and UFS 3.1 storage. Both these features were revealed by Realme earlier this week. The company also recently confirmed a USB Type-C port and a 3.5mm headphone jack on the new smartphone, through releasing one of its teaser images.

Xu has also posted a teaser video on Weibo that shows the Realme GT 5G in yellow colour along with a black stripe and a leather finish. Machine translation to his Weibo post suggests that the new model could be called the Realme GT Ares Special Edition-Dawn. It will come alongside the regular Realme GT 5G model that will have a glass back.

Nevertheless, the design of the special edition Realme GT 5G looks quite similar to its regular model — except for the leather finish at the back.

The Realme GT 5G will also have a triple rear camera setup, along with a 64-megapixel primary sensor, as shown in some previous teasers.

Realme is hosting the Realme GT 5G launch in China on March 4. Alongside the flagship phone, the company could showcase its new Internet of Things (IoT) devices at the launch event.

What will be the most exciting tech launch of 2021? We discussed this on Orbital, our weekly technology podcast, which you can subscribe to via Apple Podcasts, Google Podcasts, or RSS, download the episode, or just hit the play button below.