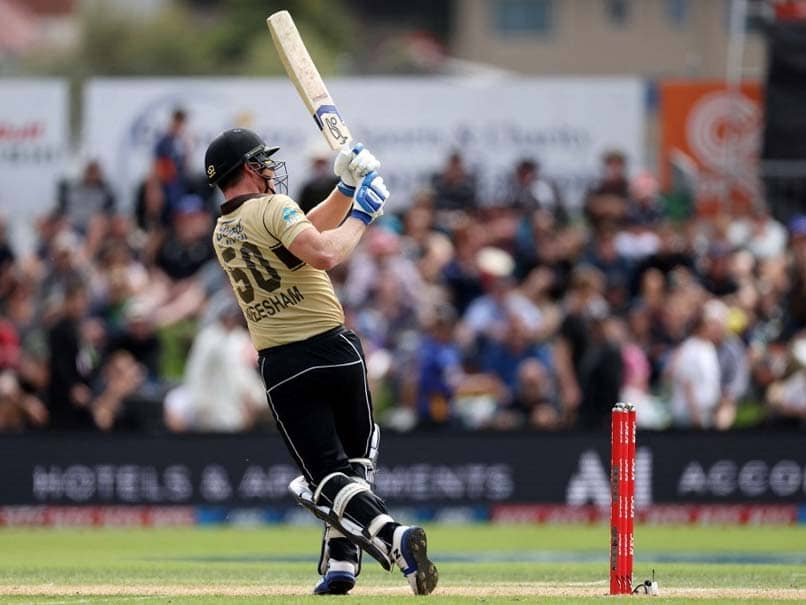 Jimmy Neesham hit a 16-ball 45 and took two wickets in the final over as New Zealand won by 4 runs.© AFP


New Zealand defeated Australia by four runs in the second Twenty20 international at University Oval in Dunedin on Thursday. The Black Caps finished their 20 overs at 219 for seven off the back of a blistering 97 from Martin Guptill and a 16-ball 45 from Jimmy Neesham after losing the toss and being asked to bat. Australia came close with a spirited fightback led by Marcus Stoinis’ 78 from 37 balls but fell just short, ending their innings on 215 for eight.