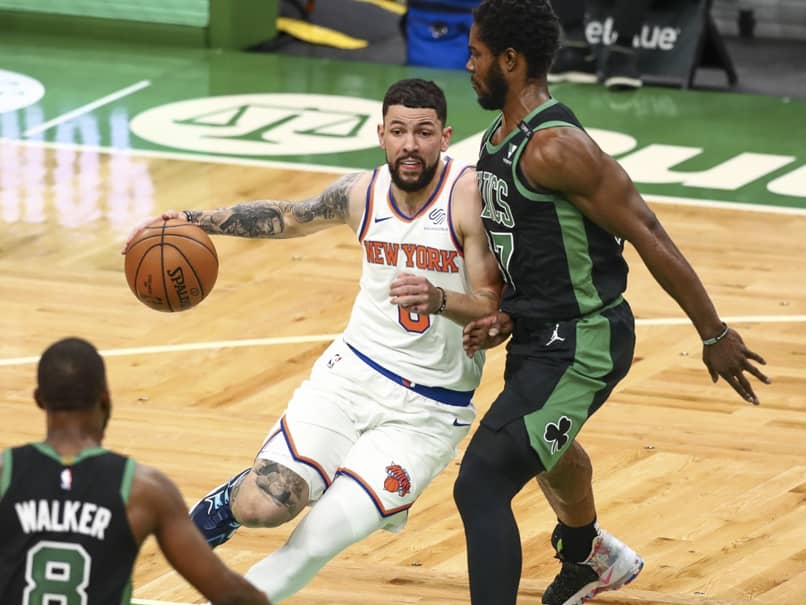 
The New York Knicks snapped their five-game NBA losing streak in emphatic style Sunday, holding the host Celtics to a season-low total in a 105-75 blowout win. Julius Randle scored 20 points and pulled down 12 rebounds and RJ Barrett added 19 points and 11 boards for the Knicks, who spoiled the season debut of Celtics All-Star guard Kemba Walker, absent the first 11 games with a left knee injury. Walker departed in the third quarter with an apparent rib injury, but said he was happy to be back.

The Knicks never trailed, pushing their lead to as many as 11 in the first quarter and 15 in the second.

They opened the second half with a 10-0 scoring burst and led by as many as 37 before it was over.

Knicks coach Tom Thibodeau said that even as his team remained mired in a losing streak, he liked what he was seeing in practice.

“I love the approach and I love the attitude of the guys we had today,” Thibodeau said. “A lot of guys stepped up and played really well today.”

“We had a clunker,” Stevens said. “You try to have as few of those as you can.”