Translated into English by her granddaughter, Saeeda Bano’s memoir retains the flavour of its Urdu original. 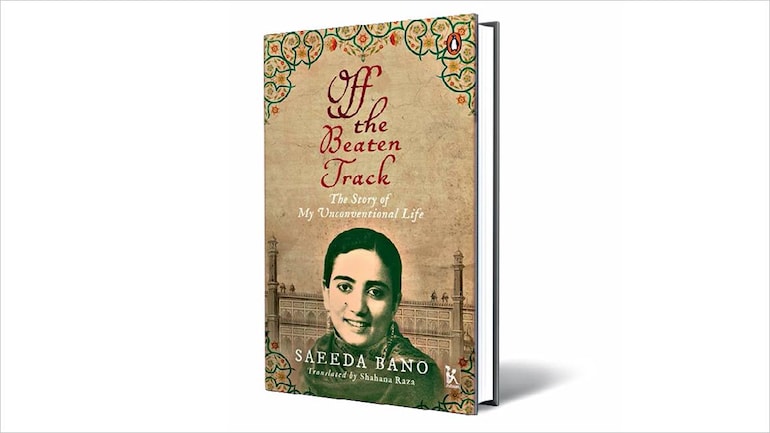 Ab aap Saeeda Bano se khabrein suniye… (And now listen to the news read by Saeeda Bano).’ And a nation waited in breathless anticipation for the bulletin that followed. The first woman to read the news on All India Radio (AIR), Saeeda Bano was to an earlier generation of radio listeners what Pratima Puri and Salma Sultan would be for decades of television viewers.

Her Urdu memoir, Dagar se Hatt Ke, published in its English translation as Off the Beaten Track: The Story of My Unconventional Life, is important not merely because it records a life less ordinary lived during the nation’s most turbulent years when the narrator had the occasion to meet several very interesting people from diverse fields of life, but also as a documentation of a woman’s life and struggles to break free from the conventions of birth, class and privilege to chart her own destiny exactly how she pleased. An early feminist, possibly an instinctive one, Saeeda Bano understood the importance of freedom of choice and exercised it knowing full well the cost she would pay. And all along there is an immense self-awareness about her strengths and weaknesses: ‘There is no arrogance in what I am writing. I have carried the heavy burden of my life on the strength of my voice. I have a fiery temper but I know when to control it. I’m a bit too frank, but I am not in the habit of saying bitter things, criticising or even hurting anyone deliberately.’

In walking out of an unhappy marriage (interestingly, unhappy on grounds of plain and simple incompatibility uncompounded by the usual reasons of abuse or infidelity), she chose to leave behind the trappings of luxury in her marital home in Lucknow. Landing in Delhi in August 1947, when the country and its capital were in the midst of a blood-thirsty partition, she began life anew on her own terms, earning her living, raising her two sons, meeting the man with whom she embarked on a romantic relationship that lasted till his death 25 years later. Her account of telling her grown son of the man in her life is inspirational: “Bete, I do not want you to hear rumours about me from here and there. Nuruddin is a very special part of my life. If you acc­ept this, please stay with me, otherwise you can stay in the boarding at St Stephen’s College.” And remarkably enough, the son chose to stay with his mother in her house.

Generously studded with jewel-bright Urdu and Farsi verses, ably translated by the author’s granddaughter Shahana Raza, the narrative retains the flavour of its Urdu original. It reminds us of a time when even those with little formal education had a wide frame of literary references and a world view that was eclectic and liberal.