What is not clear is what the drone will be used for; will it help show the rider a bird’s eye view of traffic ahead, or will it be to take pictures and videos? 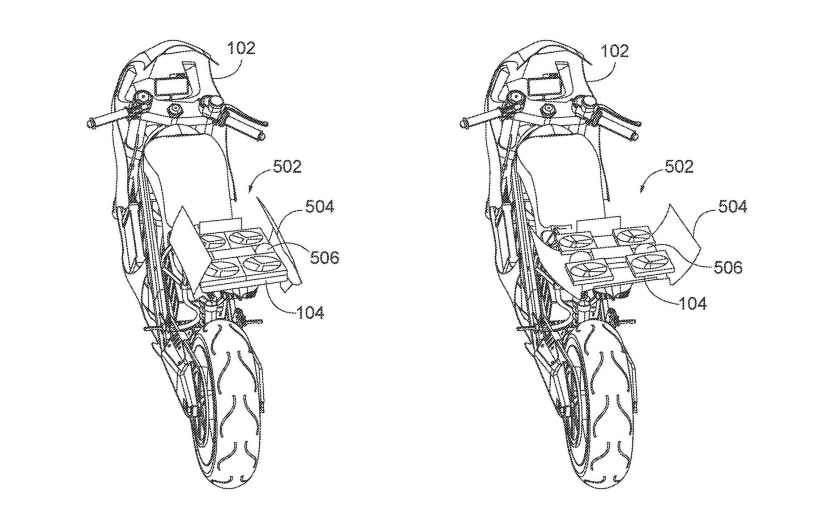 Honda has filed a patent application for a motorcycle-mounted drone, and from the looks of it, it will be a future development of an autonomous flying machine built onto the bike. The idea is that the drone can be released on command from the motorcycle, and return automatically when needing a re-charge. But what is not clear is what the drone will be used for. Honda’s own patent filing suggests a host of possible uses, without focusing on a single main benefit of the motorcycle-mounted drone. 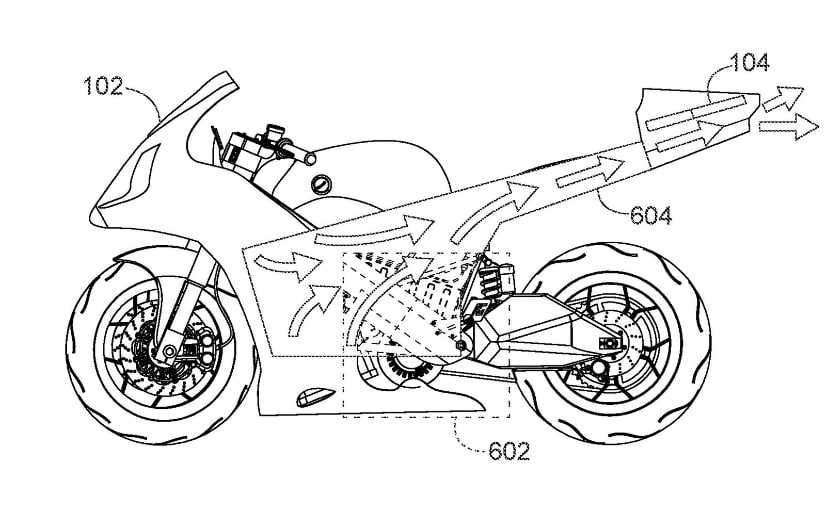 The autonomous drone will be mounted on the motorcycle’s tail section, where a conventional top box is mounted

Based on the patent diagrams, what we can see is a small drone mounted in the tail box of the bike. The top box would be normally closed, so possibly it will offer a rack for strapping on luggage if needed, when the drone is not in use. When activated, the top box is designed to open, and allow the autonomous drone to fly out ahead of the motorcycle. And the drone would also be capable of navigating and returning to the motorcycle by itself, without needing the rider to focus on controlling the drone, and concentrate on riding and the road ahead. But what use is such a drone, apart from capturing cool images and videos from above? The tech could be used to monitor traffic congestion

One potential purpose is that the drone could be used to deliver fully charged battery packs to the electric motorcycle. But the battery packs need to be quite light, to be able to be carried by a drone of that size. The other purpose is for the drone to do traffic scouting, reporting to the rider of obstacles or a traffic congestion up ahead. But there are some questions that remain. How will the drone be launched from a moving motorcycle, and how will it return to dock at a motorcycle moving, at least at normal traffic speed, if not highway speeds? It’s certainly a unique patent, and one that will likely be developed further, as rider assisted safety systems evolve in the coming years and decades.