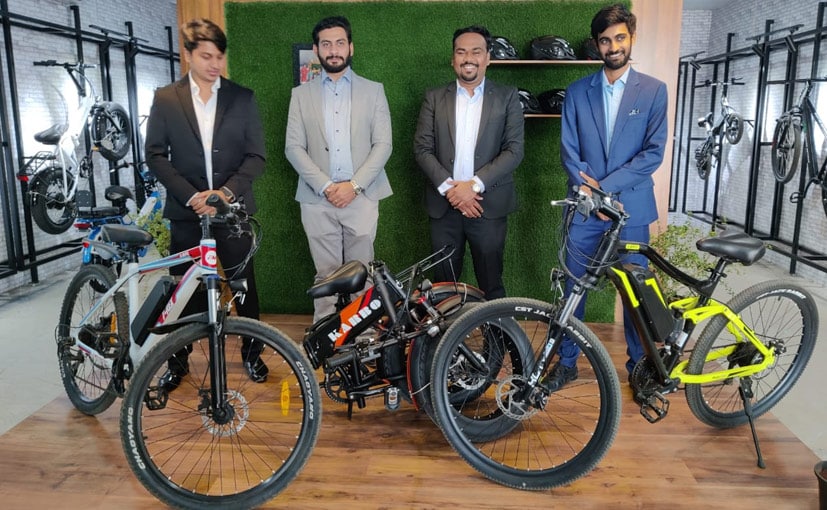 India is currently going through a major evolution process when it comes to electric mobility. The Government of India, through its measures, has already gained the interest of consumers and manufactures alike, and we are seeing more and more products being launched across different categories. Pune-based EMotorad is one such start-up that has made a strong case for itself in the electric bicycle space. The company, which started its operations in mid-2020 with the launch of its maiden product, the EMX electric cycle, in recent months has added two new products to its line-up – the Karbon and T-Rex. The company says its main focus is to strengthen the EV ecosystem in India. 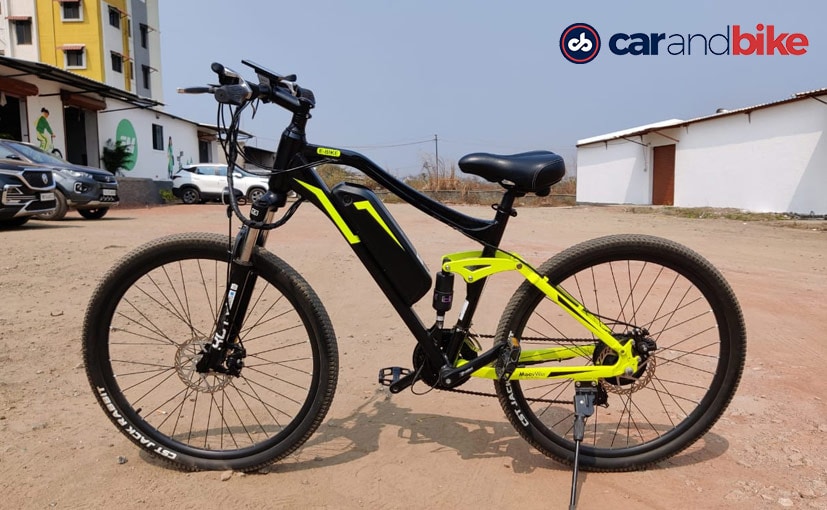 We recently visited the company’s headquarters in Pune, Maharashtra, to get a glimpse of its manufacturing facility, and experience the e-bikes. Talking to carandbike on the side-lines, Kunal Gupta, CEO & Co-Founder, EMotorad talked about how it all started and what was the initial plan. He said, “It was all about getting the right fit in the market initially. We actually got 34 different models and were testing them and figured out these were the 4 to 5 different models we should actually work on, which suit the Indian terrain and gives a more comfortable ride and all the other aspects of it, and then we figured out what are the best components to do it. So, EMX was one model wherein we thought let’s take all the best components and make a bike out of it, using the best comfort features, best derailleur, best battery and whatever was possible there and how do we launch it at an affordable cost. Today we are known majorly for EMX.” 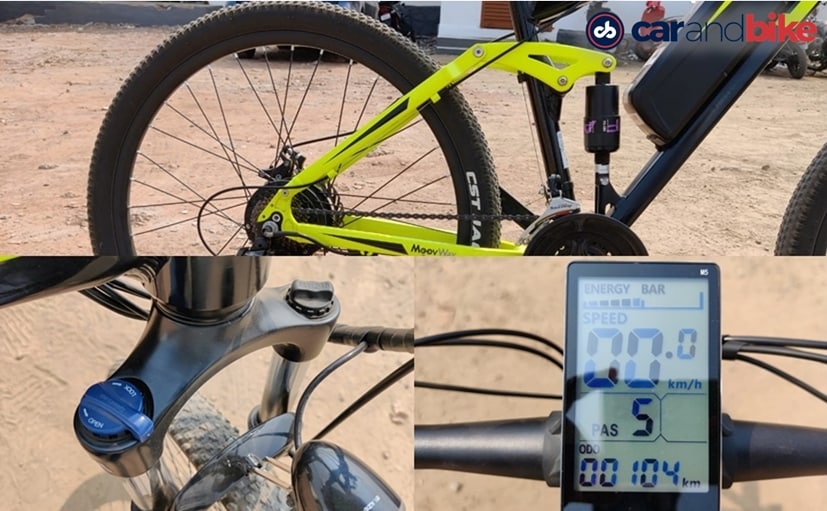 The company’s flagship model, EMX is designed to be a robust all-terrain electric bicycle, that can be used for both city commute and mountain trailing. The e-bike comes with an 18-inch frame and a 27.5-inch wheelbase and it’s also claimed to be India’s first dual suspension e-bike. The electric cycle comes with twin-fork oil suspension up front with a locking function for trail riding and an adjustable rear monoshock. The bike also features mechanical discs at both ends with ceramic callipers. Features wise it gets a wide high-density foam seat and a 5-inch LED display that shows speed, odometer and 5-levels of pedal assist function. 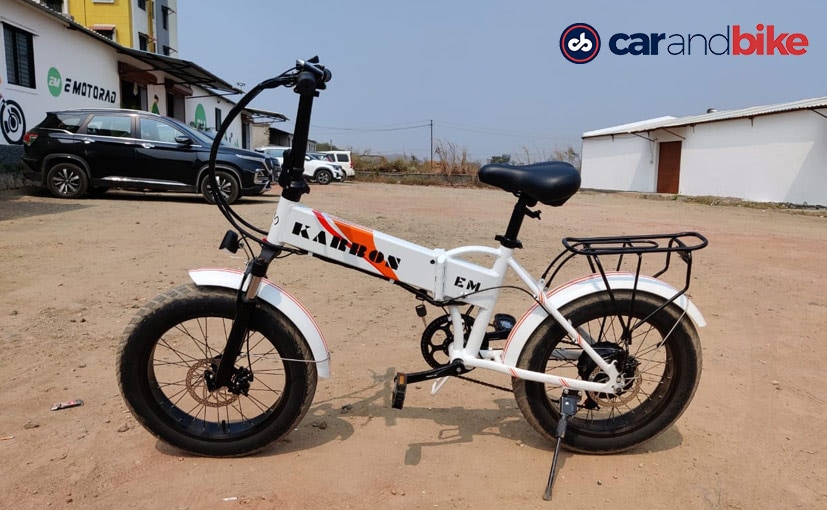 EMotorad’s Karbon, which will soon be renamed Doodle, is a recreational folding e-bike and the company’s most expensive model

The second product was the compact recreational folding electric bike that comes with fat tyres for multi-terrain usage. And the third and newest model to be launched by the company is the T-Rex, which gets a similar 18-inch frame but with a shorted 26-inch wheelbase that makes it more suitable for smaller riders. Both only get mechanical front forks instead of oil suspension, but the locking function is standard. While these two get a smaller 3-inch display, they offer the same amount of information. All three e-bikes are made out of 6061 retractable aluminium frame and are offered with a lifetime warranty from the company. Also, the e-bikes get a small LED lamp with an integrated horn. 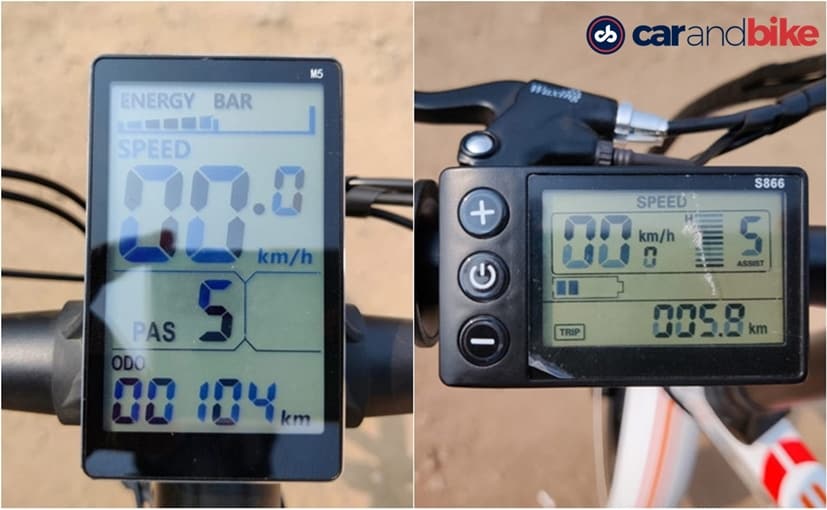 While the flagship EMX gets a centrally located 5-inch display, the Karbon and T-Rex get a side mounted 3-inch unit

All three electric cycles come with removable 36-Volt battery packs which are powered by Samsung battery cells. Both the EMX and Karbon e-bikes come with a 10.4 Ah unit, and while the former offers an electric range of over 45 km, the Karbon offers a range of around 40 km. As for the T-Rex, it comes with a smaller 7.8 Ah battery with a 35 km range. All three e-bikes come with a 5-level pedal assist function and with the combination usage, the average range can be increased by up to 20 km. 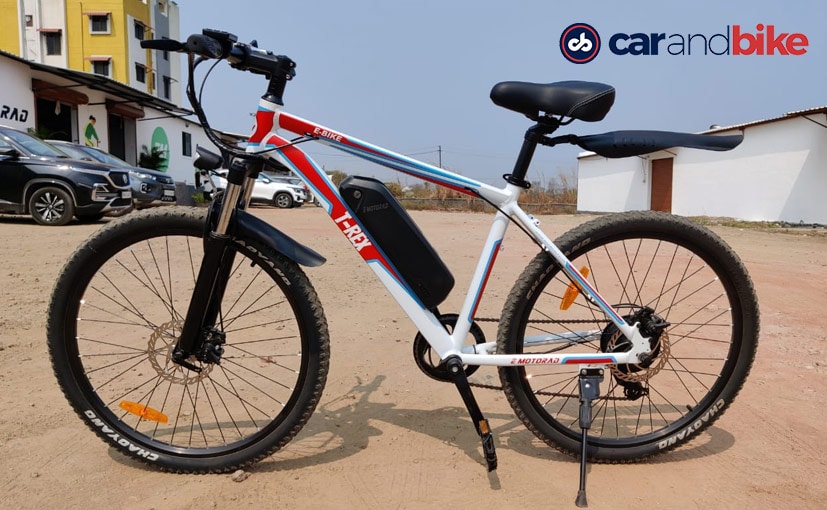 The EMotorad T-Rex was launched in January 2021, and it’s right now the most affordable model from the company

Right now, EMotorad has a wide network of over 90 dealerships across 42 cities in India, and the company aims to add 10 more touchpoints by the end of 2021. The company is also working on rebranding the Karbon recreational e-bike and it will be rebadged as Doodle. While EMotorad already sells the e-bikes through its website, the company is in the process of finalising deals with leading e-commerce websites like Amazon and Flipkart among others to sell its e-bikes online. The T-Rex is currently sold at ₹ 45,000, the EMX is sold at ₹ 54,000 and the Karbon is priced at ₹ 65,000.