The Citroen C5 Aircross is well built, well designed and drives really well, but is limited in creature comforts. 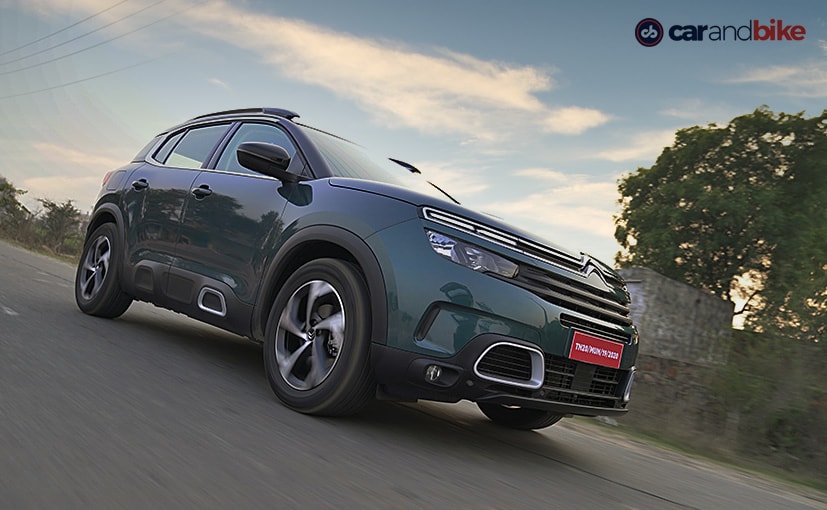 The C5 Aircross will be Citroen’s flagship for India

Stellantis is bringing the iconic French Citroen brand to India later this year with the flagship C5 AirCross SUV. It is set to be quite expensive and take on the likes of the Hyundai Tucson – and while in our review we have noted the C5 comes with a slick design, an exceptionally good suspension and great build quality, these days the modern Indian consumer is looking for gadgets inside the vehicle and just not a few but heaps of tech toys. The Citroen C5 bucks the trend of packing everything short of the kitchen sink – but whatever it does, it does so elegantly and with panache – like most things French. 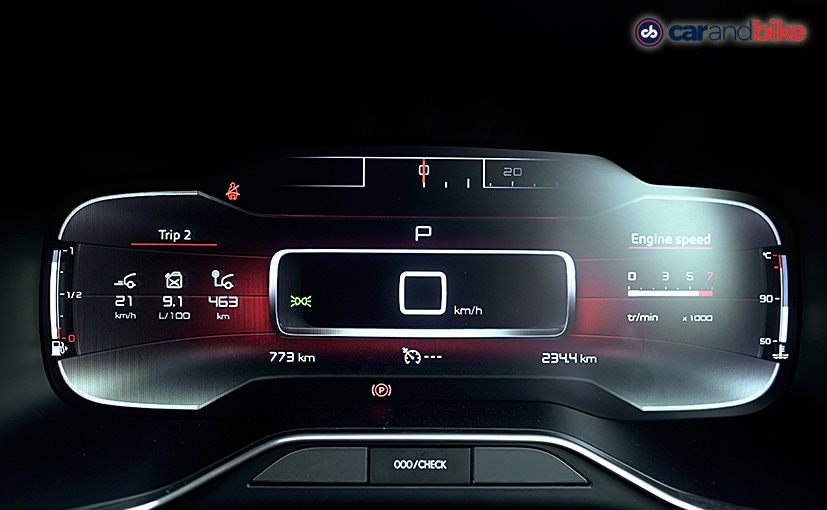 The thing that jumps out most distinctly on the C5 Aircross is the instrument cluster which is defined by two displays; one a main 12.3-inch panel that doubles as the speedometer, odometer and handles the main driver-centric functions of the car and the central 8-inch panel which covers the infotainment system. The main 12.3-inch panel is magnetic. It comes with gorgeous animations which light up at a pin-sharp resolution reminding me of a user interface paradigm right out of science fiction. It does everything so very functionally so as well. The same motif gets transferred to the 8-inch infotainment panel which is organised very logically and the display itself is uber responsive to touch and navigate while also retaining great resolution, colours, viewing angles even if it is not the brightest one around. 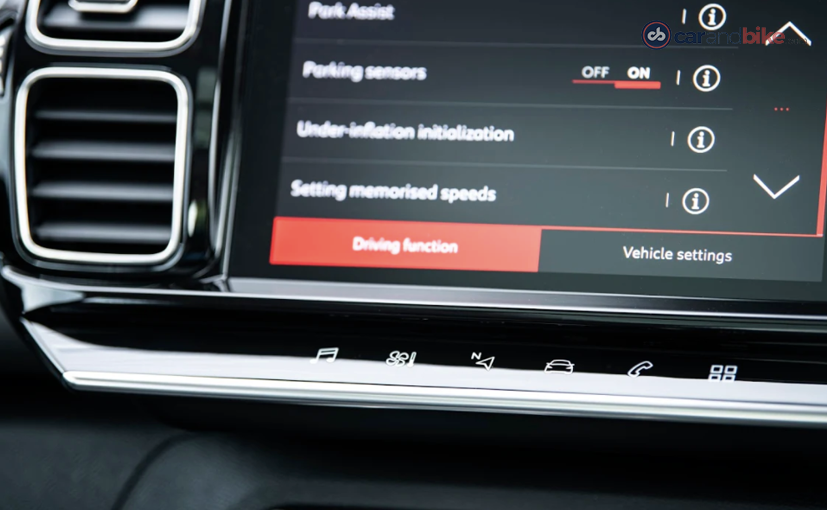 While the display for the infotainment system is really impressive, so is its user interface and functional capabilities. It has been organised very logically with shortcut touch buttons below the screen which allow jumping into various sub-sections; be it for navigation, music, Apple CarPlay or Android Auto, the parking cameras or general settings. The one thing that isn’t logical is the lack of big touchpoints on the screen itself to take you back to the previous setting you were in, instead, you’re fully dependent on the touch buttons which are neither well lit up nor have any feeling as they aren’t augmented by haptic feedback. At its price, yet again we see a car that also doesn’t offer wireless Apple CarPlay or Android Auto. 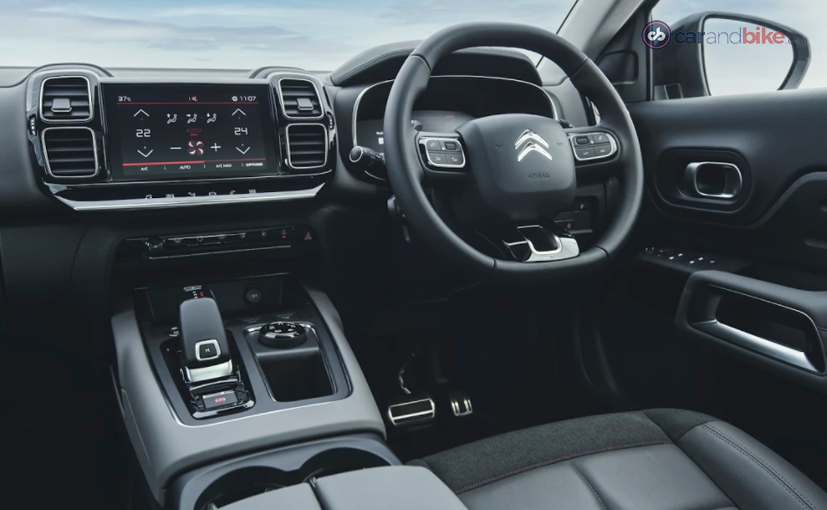 The cabin feels well appointed and classy. There is a bit of a European hangover though with the oddly placed start-stop button and bonnet release lever still on the passenger side

With the likes of Kia and Hyundai bringing premium audio brands like Bose inside the car, at its price range Citroen needed something more special than a bare-bones 6-speaker sound system which doesn’t bare the marquee of a legendary audio brand. Don’t get me wrong, it sounds decent enough – with a very neutral sound which could’ve been easily mistaken for a Bose system due to its sterile sound signature which works well with basically all kinds of music. However, the lack of a woofer in a car of its size, and also the fact that it only has 6-speakers out of which only four are full-range drivers while two are tweeters is disappointing. Considering the amazing cruiser the C5 Aircross is you’d be yearning to upgrade the sonic experience inside the vehicle. 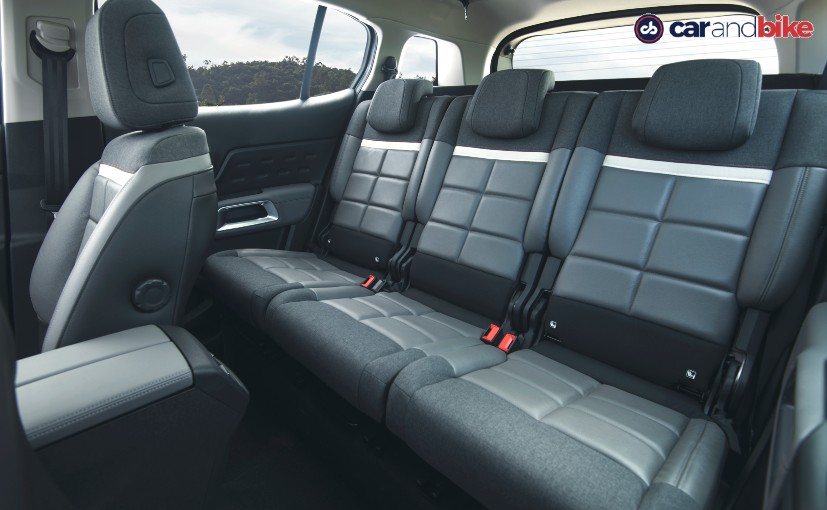 The seats are absolutely fantastic on the Citroen C5 Aircross with the second row getting individual sections for all three occupants. It also gets three-point seatbelts for all occupants

Citroen’s focus on the fundamentals shines through on the driver-assist features the car comes with. You get a delightful rear camera that has great resolution and low-light performance which when coupled with the 8-inch screen makes the car very easy to. It even has a 360-degree birds-eye view, a 180-degree wide-angle view and a zoomed-in mode and a mode for parallel parking which works in tandem with the parking sensors and the reverse cameras. This is very nicely done. You also get proximity sensors on the side view mirrors which alert you when there is a vehicle too close for comfort but the alerts often are not visible. Apart from this, you get the usual assortment of safety features like 6 airbags, ABS, ESPand even ISOFIX mounts for child seats.

Too many obvious features missing 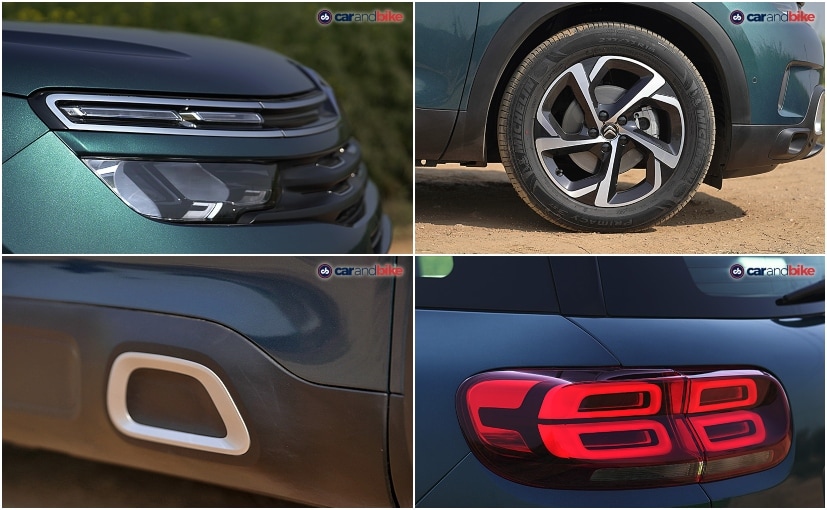 The Citroen isn’t a connected car, so you can control any functions remotely as there is no app and no embedded sim. This car also doesn’t have wireless charging which is a big miss at the price point. To top these issues, Citroen has vaguely talked about air purification which seems like a basic solution that’s part of most climate control systems, but not the new fancy stuff which includes things like virus protection and oxygen boost.

At the end of the C5 Aircross is well built, well designed and drives really well. If it were coming from a brand other than Citroen, perhaps a Hyundai or Toyota it would make waves with what it has. But the fact is that isn’t from an established legacy brand and all cars which the parent Stellantis, including Jeep, just haven’t had that after-sales mojo to boot. So paucity of features will be a challenge for the C5 to overcome. But if you experience the car, then only you’ll understand how refined a product the French stable has brought to India.