The debate on pineapple pizza has been running since forever, and is perhaps a never-ending one. It is one that has divided the world into two food camps – while some people enjoy the interesting combination, for the other half, it is blasphemy. There have been several food combinations that have faced the wrath of people across the world, but nothing comes close to the Hawaiian pizza. Celebrities, world politicians, chefs and many food experts have joined the bandwagon with their opinion and the latest one to reiterate his thoughts is celebrity chef Gordon Ramsay.

The British chef has already expressed his disdain earlier on a show and in his tweet when he said, “Pineapple does not go on top of pizza…” And now, Ramsay gave his verdict on a post by a meme page on Instagram which said, “Pineapple pizza isn’t that bad. Most of y’all hate it because social media tells you to.” The ‘king of food’ commented, “This is a joke…right?”

Take a look at what the chef commented: 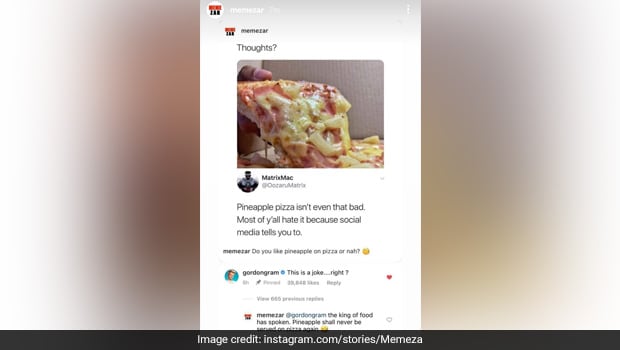 The meme page too highlighted his opinion and replied saying, “the king of food has spoken. Pineapple shall never be served on pizza again.” They even started a poll asking their followers if pineapple belongs on pizza, since Gordon Ramsay thinks it doesn’t. The poll has a 50:50 opinion until now.

(Also Read: Chef Gordon Ramsay Posts Pic Of Butter Chicken From His Restaurant: Twitter Attempts To Roast Him In His Own Style!) 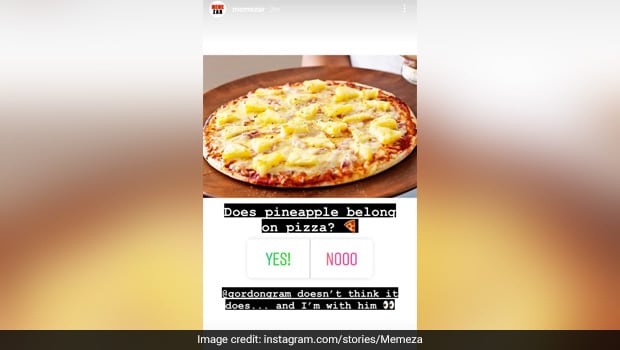 It seems like a lot many people doesn’t agree with chef and like pineapple chunks on their pizza! Several people replied to Ramsay on the post saying that it isn’t a joke, while many supported him. Back in 2017 when Ramsay tweeted about pineapple pizza, it had started a twitter war. Do we see a fresh one spewing again?

Do you like pineapple on your pizza? Let us know in the comments below!

About Aanchal MathurAanchal doesn’t share food. A cake in her vicinity is sure to disappear in a record time of 10 seconds. Besides loading up on sugar, she loves bingeing on FRIENDS with a plate of momos. Most likely to find her soulmate on a food app.