With over 64.1 million followers, American Supermodel Gigi Hadid is one of the most popular celebrities on Instagram, and the model sure knows how to keep her fans happy. Gigi Hadid shared several new and unseen photos from the time she was pregnant with her firstborn, Khai, in her Instagram stories on Sunday. “Khai is napping.. let’s do a lil session of post a picture from this date,” she wrote in her caption. And the cue was enough for her fans to dig out all the best pictures from Gigi’s phone gallery.

Hadid and singer Zayn Malik have been together since the year 2015, they conceived their first daughter in the year 2020. Gigi Hadid’s pregnancy became the talk of the town, and the model made no attempts to hide it from the world. In one of her Instagram stories earlier this year, she revealed that a couple of Indian spices helped her get through her pregnancy. On Sunday, when a fan asked her to post a picture from May 30, 2020, she posted a picture of saucy barbeque ribs. “ribz- a big pregnancy craving.”, she wrote in her caption. 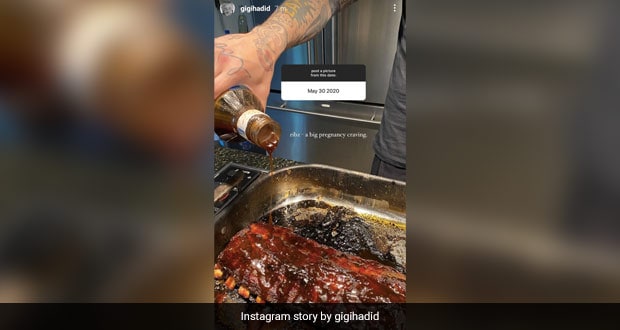 Gigi Hadid did the fun session until baby Khai enjoyed her sweet nap. Later in the day, she also shared a pic from her interesting Sunday dinner. She enjoyed a plate of pancakes and bacon for dinner. “breakfast 4 dinner night is the best night”, read her caption. In the next video story, she expressed her love for the maple syrup on her pancake, “this is what heaven feels like”, “I am a Nat Geo videographer but for maple syrup”, she wrote in her captions. Gigi Hadid’s foodie side is sure a revelation for us, and we are not complaining. 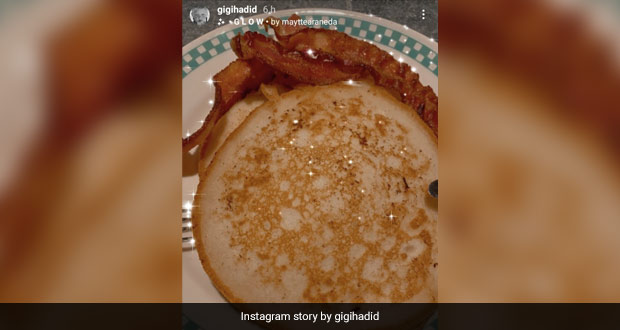 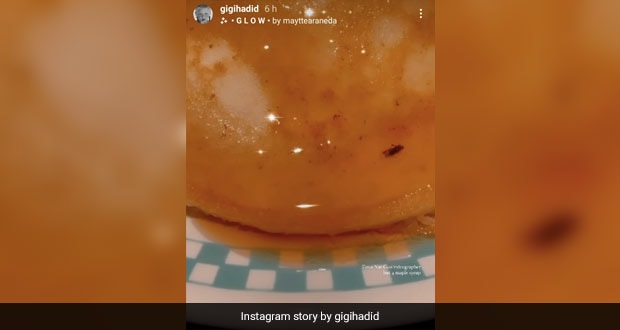